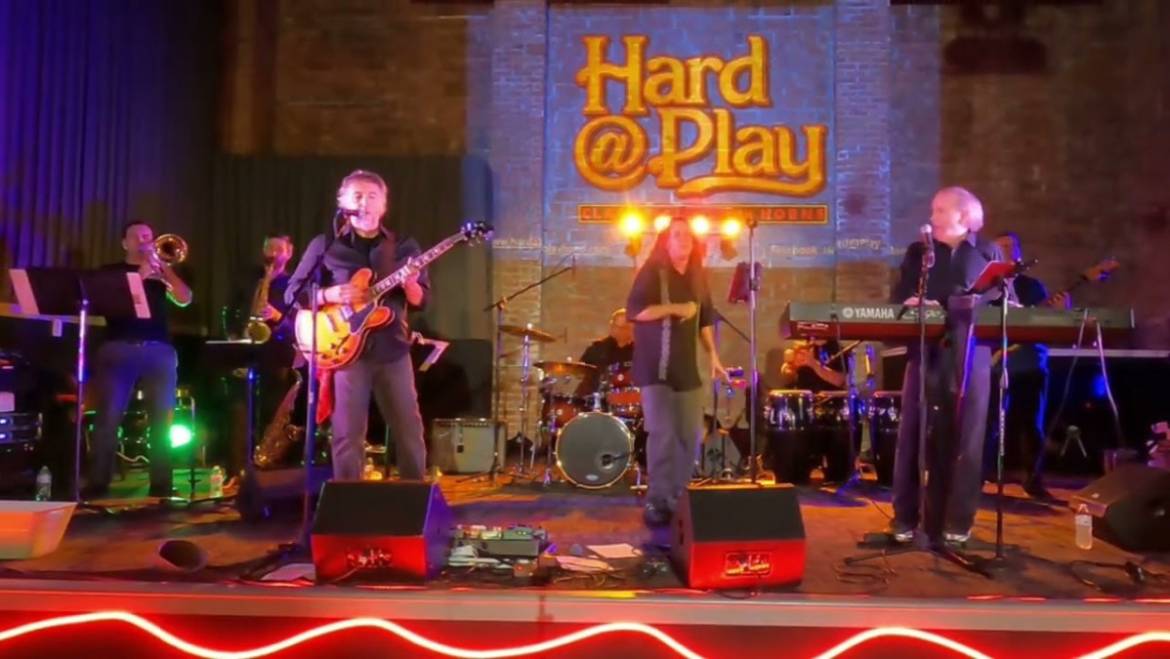 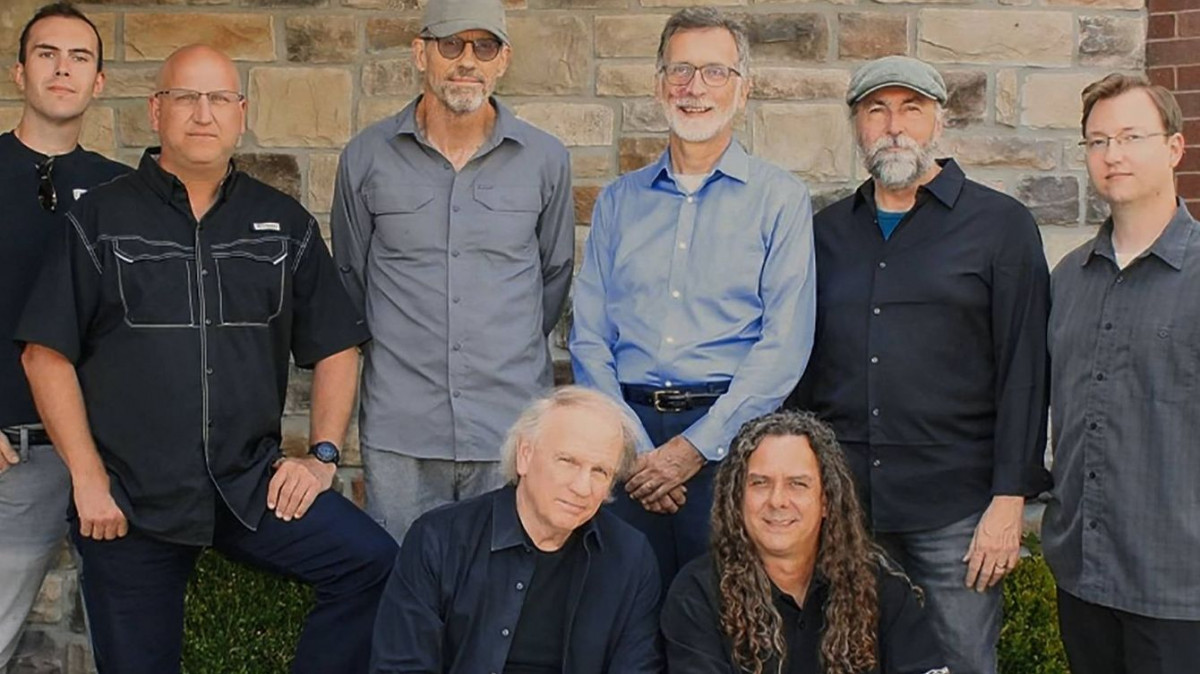 Hard@Play is a 9 piece band in Kansas City. We play the music we love, classic rock with horns; Chicago, Blood Sweat & Tears, Steely Dan, Santana… Much of our music comes from the 70’s, but we also play songs from the late 60’s and a sprinkling of songs on up toward today. Have a look at our list of songs and listen to the demos. We love music that makes you feel good.

Hard@Play began in 2010, when Ken Westphal (trombone) was asked by a friend to join a group of his golf buddies who played music on Sunday afternoons. After a couple of Sundays, he suggested adding more horns and recruited Ted Williams on trumpet & Jack Bates on saxophone. When the horn section brought in music by Chicago, it quickly became clear that they would need a different core group to make it work, so they excused themselves and began work on forming a new band.

The first person Ken thought of was keyboardist/vocalist Troy Burns. Between their various networks, they began to assemble a new group of musicians, which kept shifting and evolving over the next several months, with the core group of 3 horns & keyboards the search went on to find just the right players. During that phase, the band’s name could have aptly been called Revolving Door. The slots were filled by brothers Jeff & Kent Swearingen on vocals, Joe Nickell on bass & Ray Barbee on guitar. The hardest puzzle piece to pin down was percussion, as the band went through a series of drummers (none of whom spontaneously combusted!). Once Tim Higgins fell into place behind the drums the band began to gel.