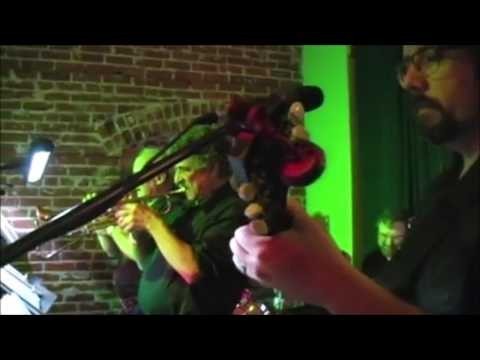 NightFall, based out of Kansas City, playes the best in Top 40 and Pop music in the area. Kristen Cox brings heart and soul to the stage every night with her pure and powerful vocals. The band, led by Steve Alsup, brings a blend of rhythms that will rock your soul. You owe it to yourself to watch a performance of this band when they are in your area.

What started out as a request to “get the band together” to play one time for a benefit has ended up being a reunion of old friends.

In the summer of 2010, Larry Selhorst contacted members of the 1980’s band Nightfall and asked if they would be willing to reunite to play at a ROCK OUT FOR OVARIAN CANCER benefit. Everyone accepted the invitation, played the benefit, and have been playing ever since.

Selhorst lives in St. Henry, Anderson is from Botkins, Hole live in Celina,  Mendenhall (originally from Coldwater) resides in Cincinnati, and Bertke is from Osgood.

In November of 2014 big changes were made in the band. Previous members, Dianne Hart, Brenda Mendenhall and Jeffrey Hole made the decision to part ways and the search was on for a lead singer and keyboard player. The keyboard player, Brad Townsend, joined up immediately and Sharon Bertke came in February 2015.

Practicing for months and perfecting the Nightfall image they performed as the “NEW” Nightfall Band in March 2015. Then in April Brad unexpectedly passed away. This was a big shock to all. Brad was an exceptional musician & friend, and he will be greatly missed.

The search began again for a keyboard player. After many attempts to find one, but with no luck, they asked Brenda to re-join the band and she agreed.

The band mostly plays music from the 1980s and has performed at local establishments, picnics and dances. They balance careers, families, and hobbies with almost weekly practices and regular engagements. Members agree that the reunion of the band has been rewarding and fun.