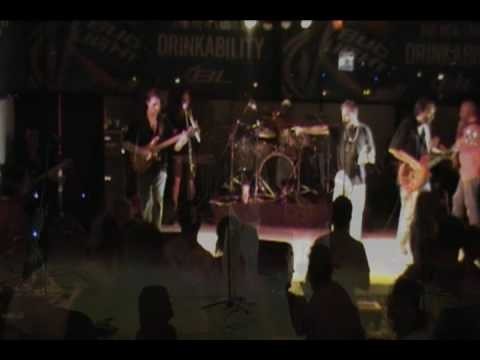 February 26, 2021 by admin
Classic Rockers, Under The Influence, have been a leading presence in their genre for over a decade. This tight-knit “family” of talented players has performed over 2000 concerts all over the country since 1992.

Under the Influence Booking Agent

The only act of their kind tauting complete electric and acoustic sets. Their high-energy presentation is a tribute to the attitude, character, heart and soul of Rock & Roll Music.
Under the Influence is made up of 7 of the most phenomenal entertainers from the Midwest. Charles Stone (drums) and Glenn Poirier (Bass) provide a thunderous rhythmic undercurrent completed by the stunning double-guitar work of guitarists Keven Schneider and Jason Riley. Atop this musical backdrop stands “power-house” vocalist, Tyler Osborn. Who can only be described as “Superior”. “Icing on the cake” is a duo of the most beautiful and talented female backing vocalists in the business, Jolie Riley and Leslie Stone.
Under The Influence has won numerous competitions and reader’s polls. Has opened for such national acts as The Doobie Brothers, REO Speedwagon, .38 Special and The Little River Band. Their original music has been played in regular rotation at leading rock radio stations and they have been featured numerous times as “in-studio” guests.
After finishing Ryerson’s RTA program in 1981. Terry promptly sends out 60 resumes to 60 advertising agencies. Gets back 61 rejection letters, with one agency rejecting him twice. Applies to small radio station in Burlington, Ontario, as a last resort. He got miraculously hired. Begins career as copywriter, falls in love with radio. Station has over 100 on-going retail clients. Discovers that, with hard work and diligent organization, you can still fall flat on your face. Three years later, he is finally hired by a top advertising agency, Campbell-Ewald Toronto. Goes on to work for some of the most creative shops in Canada. Which including Doyle Dane Bernbach and Chiat/Day.

Co-founds Pirate Radio & Television in 1990. Which was specializing in radio and television commercials. Pirate grows to include eight recording studios in Toronto and New York City.

Won a few hundred awards for writing and directing. Has worked with many top actors, including Alec Baldwin, Ellen DeGeneres, Alan Arkin and Bob Newhart. In demand as a speaker promoting the power of ideas. Chosen as one of Canada’s “Most Influential” marketing people by Marketing Magazine. When he is not creating advertising, he’s talking about it. As host of the award-winning CBC Radio series, The Age of Persuasion, judged Best Radio Program by the New York Radio Festivals two years in a row. The follow-up series, Under The Influence, was voted Best New Podcast by iTunes in 2011. The advertising industry has given Terry a lifetime achievement award.

Demo Under the Influence: