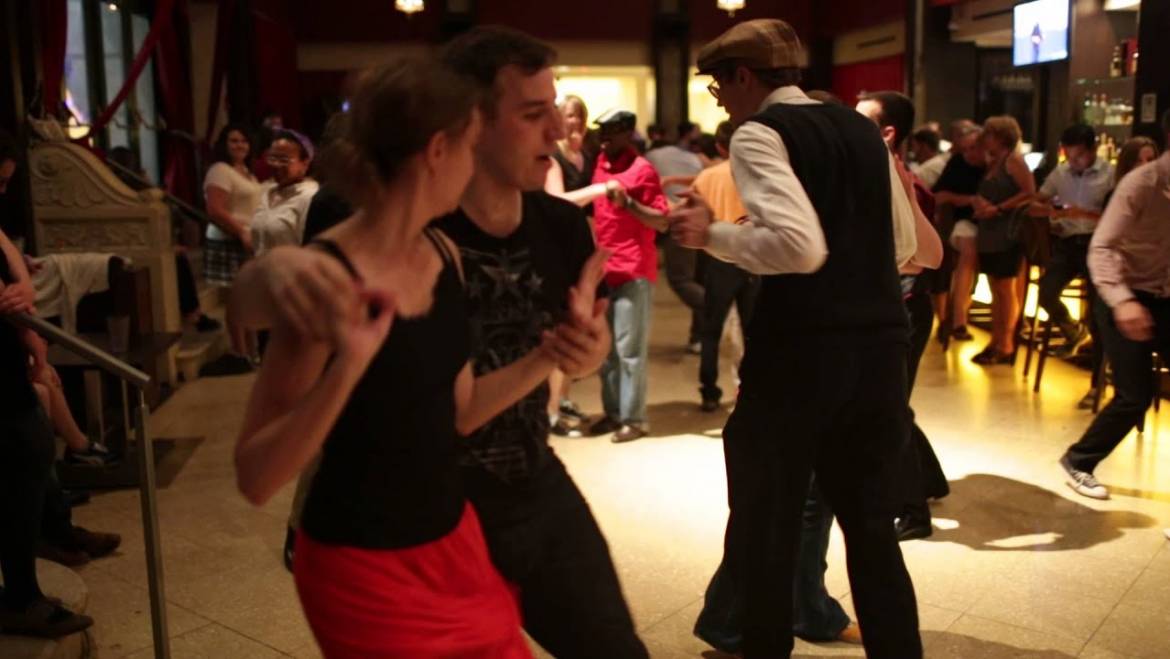 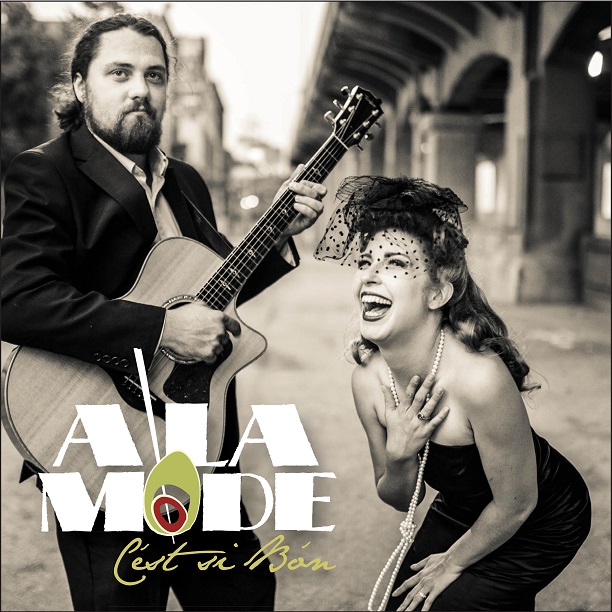 A La Mode is an authentic jazz band built upon Kansas City’s rich heritage of swing and blues. Though it’s been years since these giants ruled the scene (Charlie Parker, Count Basie and Coleman Hawkins).

“Kansas City-based jazz and blues group A La Mode builds upon that heritage and adds their own playful spin that is classic-meets-contemporary.” –TheRecordKC.com.

“Led by classically trained guitarist Clayton DeLong and enchanting songstress Jesica Poell. A La Mode takes the authentic smooth, bluesy and improvisational Kansas City jazz style and blends it with Latin-Brazilian, French and gypsy jazz. You’ll think you have been transported back in time”. – The Record KC Magazine.

Marvin Gruenbaum of the Kansas City Symphony on jazz fiddle, and world renowned salsa band leader Miguel “Mambo” DeLeon on congas. They completes A La Mode sound pulling at your heart strings and leaving your skin tingling. A La Mode has also been known to feature guest artists such as Kansas City jazz legends Steve Rigazzi on upright bass. It also featured Rod Fleeman on guitar. A La Mode performs all of the old favorite jazz standards along side a few modern tunes with jazz flavor.

A La Mode will leave you thinking you’ve been transported back in time! You will be immersed in an experience that spotlights the very essence of Prohibition-era Kansas City.
The spirits of Django Reinhardt and the sultry songstresses of the past are alive and well in the present – all that it takes is a trip downtown to see KC Jazz band A La Mode. Led by UMKC graduate, guitarist Clayton DeLong and enchanting songstress Jesica “Baby J” DeLong, A La Mode takes that authentic, swinging, improvisational Kansas City style and blends it with French and gypsy jazz. Joined by KC’s finest players on upright bass, violin, drums, brass and more, A La Mode is a staple of today’s Kansas City Jazz scene. Their debut album, “C’est si Bón” was released in October of 2016 and can be heard on jazz radio stations across the US.

Jesica, lead vocalist of Kansas City jazz band A La Mode, has studied classical voice for 8 years. She attended one year at Stephens College in Columbia, MO, pursing a degree in Musical Theater Performance. She returned to Kansas City at age 22 to start her career as working musician and has been in the entertainment biz ever since. Don’t let her small size fool you, this pint sized singer can pack a punch! Jesica has performed at prestigious venues such as Carnegie Hall, Arrowhead Stadium, The Plaza Art Fair, The Folly, to name a few.
Clayton DeLong:

Clayton DeLong was born in Poway, California in 1986. Raised in Kansas City, Missouri, Clayton began playing the violin at age 12. After receiving a guitar for Christmas at age 16, Clayton immediately fell in love. Avidly pursuing a career as a guitarist, Clayton studied under Kansas City greats such as Rod Fleeman, Danny Embrey, Doug Niedt, Michael Pagan and Bobby Watson. He graduated on the Dean’s list with a Bachelor of Music degree in 2009.

Using the knowledge he gained in college, Clayton has been a professional guitar instructor for six years and performs live music regularly. Clayton has performed and toured in many different bands from the Kansas City area. To name a few, El Robozo De Maria, Latin rock, the Junkadelic Funk Stars, an improvisational funk band, and numerous other jazz bands around Kansas City. Currently, Clayton is the lead guitarist for the country rock bands 6 Degrees West and River Town. Clayton also co-leads a jazz band of his own, A La Mode and plays with the jazz fusion group, Rob Foster and Dudes. 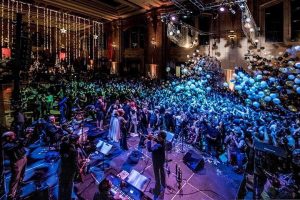