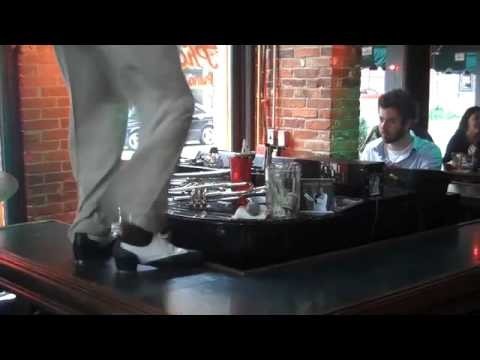 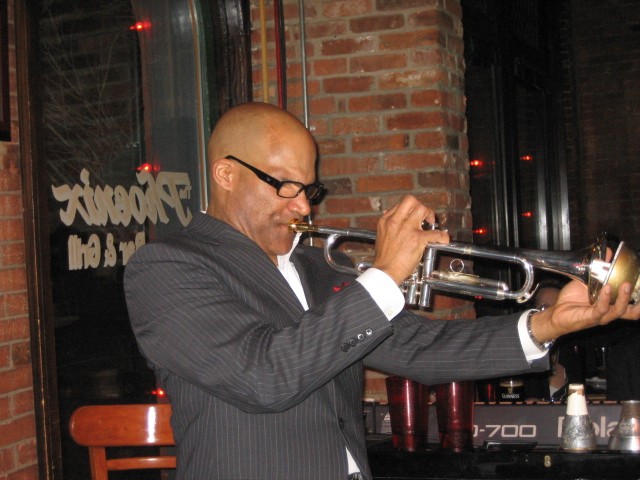 Lonnie has been entertaining since he was in elementary school, learning tap licks, and intricate rhythms from his father. Kansas City hoofer and all around entertainer Smilin’ Jimmy McFadden. His Dad, danced with the likes of “The Count Basie Orchestra,” “Blanche Calloway’s Harlem Review,” “Jay McShann,”. Many more of the top name entertainers and orchestra’s of the 30’s and 40’s. Along with leading a top notch tap dancing act of his own. “The 3 Chocolate Drops” who traveled around the eastern and central United States. Working in the same circuit as “The Berry Brothers,” “The Rhythm Kings” and another group by the name of “The Will Mastin Trio.”
McFadden began teaching his sons (The McFadden Brothers) tap dancing at the ages of 3 and 4. In addition, he made sure both Lonnie and Ronald took piano lessons. At the Conservatory of music to learn music as he taught them lots of comedy bits, tap routines and songs to sing.
At ages 6 and 7 Lonnie and Ronald gave their first recital. An hour long show that consisted of the two McFadden Brothers singing, tap dancing, doing comedy bits and playing piano and organ. After The McFadden Brothers entered junior high school. They completely quit tap dancing and taking piano lessons. Due due to peer pressure as Lonnie recalls. “They weren’t too fond of tap dancers at the school we went to.” So they decided to concentrate more on playing the trumpet (Lonnie) and the alto saxophone (Ronald). Instruments that were more accepted by their peers.
As a teenager, Lonnie traveled with one of the regional R&B. With Top 40 bands playing trumpet and singing before starting his own band, “Lonnie and The Band”. That included Ronald on the alto sax. It was during this time that Lonnie became a song writer and arranger. After Lonnie and The Band had run it’s course. The McFadden Brothers were born.
By the 1980s the McFadden Brothers paralleled their father’s career by performing with “The Count Basie Orchestra”. They played major jazz festivals in Europe and Japan, appearing on the same bill with such jazz greats as Miles Davis and Wynton Marsalis.
Lonnie and his brother have made many local and national television appearances including “Incredible Sunday’s”. The result of a recommendation from Ben Vareen. The McFadden Brothers have also performed with some of the biggest names in show business. Like Sammy Davis Jr., Tony Orlando.They were in the featured act with Wayne Newton for over 2 and a half years. (Just to Mention a Few)

Lonnie has traveled the world performing and representing Kansas City Jazz at major jazz festivals and shows around the world. His performances have been seen internationally and include such events as the North Sea Jazz Festival in Holland and the Nice Jazz Festival in Nice, France.

Lonnie and his brother Ronald McFadden (The McFadden Brothers) have shared the stage with some of the biggest names in show business. Wayne Newton, Sammy Davis Jr, Tony Orlando. Lee Greenwood, Gladys Knight and The Count Basie Orchestra are just some of the great entertainers that he has had the joy and honor to work with.

Lonnie has performed in casino showrooms, arenas and coliseums. That include the MGM Grand and Hilton casinos in Las Vegas. The Trump Taj Mahal in Atlantic City, Nimes Coliseum in Nimes, France. The Rosemont Theater in Chicago. Lincoln Center in New York, and The Cerritos Center for the Performing Arts in Cerritos, CA.