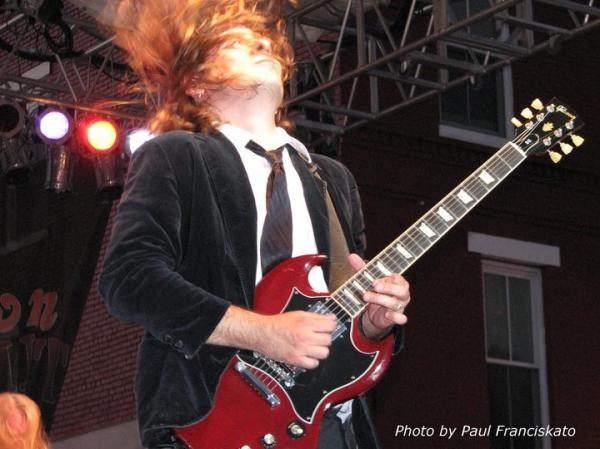 From the early seventies Australian club scene, emerged a band that would become one of the most influential musical entities in rock and roll history. Still rocking two decades later , Hells Bells ACDC tribute Band still has one of the largest loyal followings worldwide.

Hells/Bells:- a tribute to AC/DC is guaranteed to ROCK YOU!!. They are one of the most powerful and electrifying acts in the United States. Since 1996, Hells/Bells has been tearing up stages across 36 states with a driving presence and energy that is matched by no one.

Hells/Bells covers all the hits. Their show delivers two bone crushing hour long sets complete with pyrotechnics, Angus’s strip tease, and two live firing cannons. These guys rip through AC/DC riffs as if they wrote the songs themselves. They are the next best to the real thing.
Hells Bells are an accomplished AC/DC Tribute Band who have performed all over the UK as well as Portugal, Austria, Russia, Belgium, Czech Republic and the Middle East.

If you love AC/DC then you’ll love our high energy performance – a show not to be missed. Check out the Gig Guide to find out when we’re playing near you and we’ll see you there!