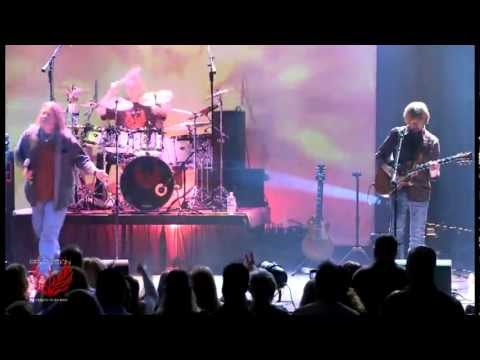 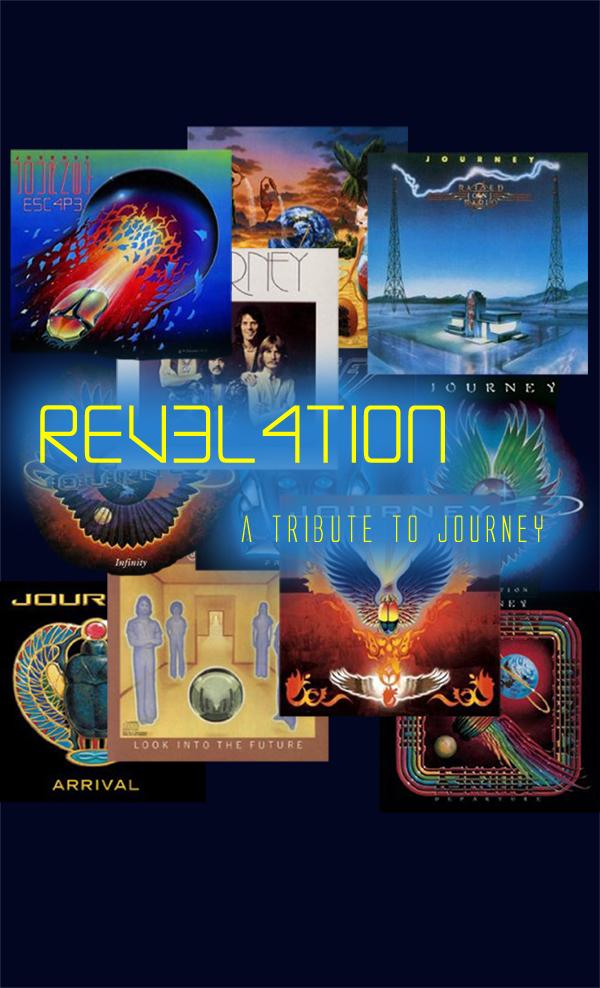 Revelation Journey Tribute It’s now 1996 and fans have waited 10 years to hear the sound of Journey. The band released Trial By Fire in 1996. It opened out of the gate strong with “Message Of Love”. It returned to the formula with another ballad in “When You Love A Woman”. There would be no tour for this album and the fans were very dissapointed. Not only would they not be able to tour,with this album, but this would be Steve Perry’s last studio album with Journey. Now that you have had a glimpse into the history of the band Journey, we would like to take you on a musical trip back through time.

There are tribute bands and there are TRIBUTE bands. Revelation a tribute to Journey started from the love and respect for the musicians that make up one of the best bands out of California, “JOURNEY”. Revelation A Tribute To Journey are Five Talented Musicians that captures the Sounds and magic of the band “JOURNEY” Danny Wayman with his amazing vocal ability, perfectly emulates the vocal style of STEVE PERRY, with the Thunder of Craig Shores on Drums and Vocals, Nate Holt providing the sounds on Keyboards, Rhythm guitar and vocals, Curtis Anderson with the energy of driving bass and also providing voice as another lead vocalist, David Williams who amps up the sound with his electrifying work on lead guitar and Vocals, rounds out this amazing tribute band. Revelation A Tribute Journey has played on some of the biggist stages in the Kansas City area and Beyond. Like, opening for “The Little River Band” on the Main Concert stage at Sturgis, Playing for both the A.B.A.T.E. Boogie of Indiana and Kansas Bike Festivals with thousands in attendance, The Rock and Roll Dream Concert at the Sandstone Ampitheater, not to mention Headlining on some of the biggest Casino Stages in the Midwest, and in the process Thrilling their huge fan base where ever they play. With dedication and emphasis on detail, “Revelation A Tribute To Journey” is a band that brings a new meaning and energy to the word “TRIBUTE”.