Satisfaction – Rolling Stones Tribute From the streets of London in 1962 to the stages around the world in 2002 & 2003, it’s the words concert goers long to hear…”Ladies and gentlemen.. The Rolling Stones”. Thousands of audiences in over 40 states have witnessed this re-creation with the highest regard of authenticity. And now you are invited to take a step inside the Voodoo Lounge and let’s spend the night with them. 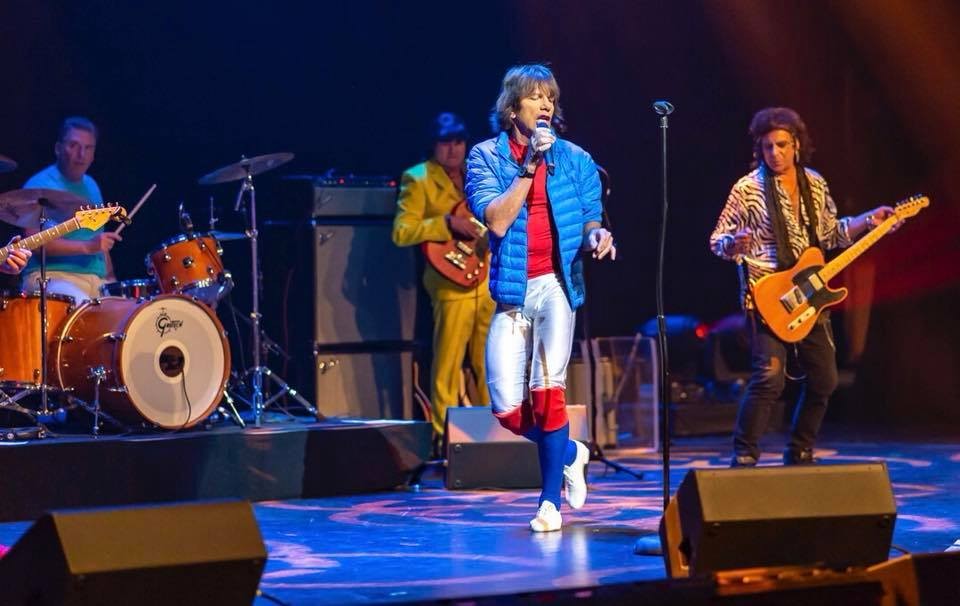 Satisfaction… The Show! is a new musical tribute to the. “World’s Greatest Rock & Roll Band” The Rolling Stones. Audiences will be mesmerized as they are taken on the mystical ride. Beginning in London 1962, then stopping by the VooDoo Lounge. Then headed to the Bridges Of Babylon and finally, concluding with their 40 Licks…. USA.

More than a million fans per year. Press throughout the world. and The Rolling Stones themselves, have taken notice of the “high energy way that Chris LeGrand and Satisfaction bring the Rolling Stones experience to the stage.” From opening for such major acts as Lynyrd Skynyrd, Starship, Foghat, Nazareth, and Sammy Hagar, to current dates scheduled such as The 2005 Rock & Roll Hall Of Fame Tribute Show in which both Keith Richards and Ron Wood have requested to appear and take part, Satisfaction re-create The Rolling Stones every time they take to the stage.