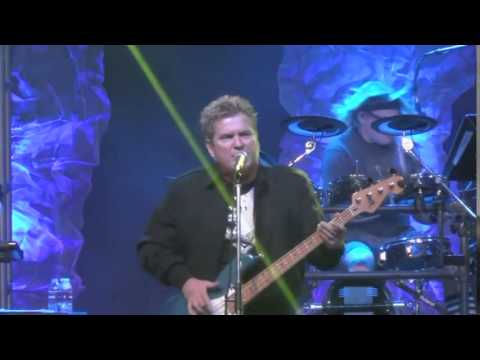 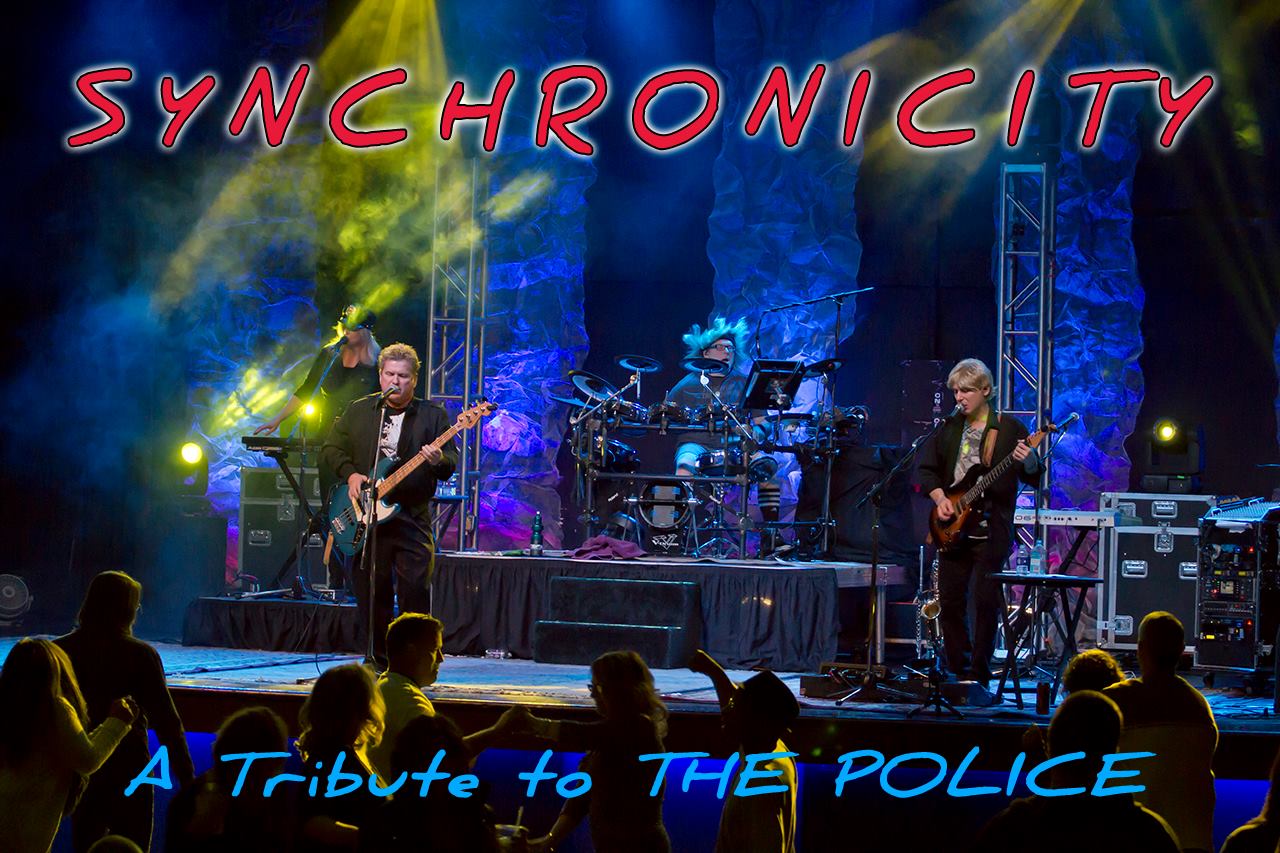 The Synchronicity Police is a Police tribute band like no other.

The band was born in Adelaide, South Australia out of an obsessive passion by long time Police fans, Corey, Dave and Greg for all things Police and Sting.
The band has been together for about 6 years and has performed at various shows around Adelaide, including private and corporate functions, tribute shows and festivals, and has been a regular part of Adelaide Fringe since 2009.
The Synchronicity Police faithfully reproduce the live experience that is THE POLICE. Recreating all of the classic Police hits in a 2 hour live show that will have you screaming for more.
The Synchronicity Police possess the same raw energy, power and intensity that must be experienced by any POLICE fan.
The Synchronicity Police is a Police tribute band like no other.

Corey’s vocals are so close to the real thing, you will be spellbound from the beginning.
Dave has mastered the Copeland sound and style to perfection, not to mention the impressive Drum kit complete with octobans.
Greg has nailed the Andy Summers guitar tone, complete with guitars and effects pedals that were used by Andy to recreate his signature sound.
Together, they bring you the best POLICE TRIBUTE SHOW you will see and hear!

Band News:
We are excited to announce our Live Australian Tour for 2020.
We will coming to every major capital city and show dates and venues will be published later in the year
The show will be 2 hours of pure Police hits and will include all the big hits plus some early and B-side tracks for the die-hard Police fans.
We are really looking forward to seeing and meeting Police fans around the country, it’s going to be a great show paying tribute to the biggest band of the 80s
We have gone to extreme efforts to make this show as authentic as possible for every Police fan, and this will be a concert experience not to be missed.
Looking forward to 2020!

Faster Louder Adelaide Fringe Review 2011:
There is a strong difference between a cover band and a tribute band; cover bands usually pump out the latest Top 40 rubbish for the drunken rabble that is a crowd, while tribute bands concentrate on one worthwhile act and give 100% to detail. If they didn’t the fans would crucify them!
The original Police weren’t around as long as many people would believe, considering they are still a staple diet on FM radio today. They formed in 1977 and broke up in 1984 and in this time they released five hit albums. They recently reformed in 2007 and toured the world.

Tonight’s tribute lasted a massive two hours and was a great mix of hits and lesser known album tracks. Opening with one of their best tracks Synchronicity II it was soon clear these three 40-something guys loved the original band when they were teenagers. While bassist/singer Corey Stewart I doubt would be into tantric sex like the real Sting, he could bang out a good note or two. The band continued with the hits Walking On The Moon, Don’t Stand So Close To Me, Wrapped Around Your Finger and Invisible Sun with vigor and they didn’t sway to far from the original recordings. Lesser known songs Hole in My Life and a medley of Be My Girl/Driven To Tears were great to hear, showing the band have done their homework on the album tracks. A brilliant version of King of Pain rounded off the first set.

After a short drinks break, the band came back to bang out hit after hit. De Do Do Do, De Da Da Da and Every Little Thing She Does Is Magic started of the set while fellow band members Greg Adamopoulos on guitar showed off his arsenal of pedals on Message In A Bottle and drummer Dave Branton sent a clear warning to Stewart Copeland as he displayed some amazing drumming during Can’t Stand Losing You.