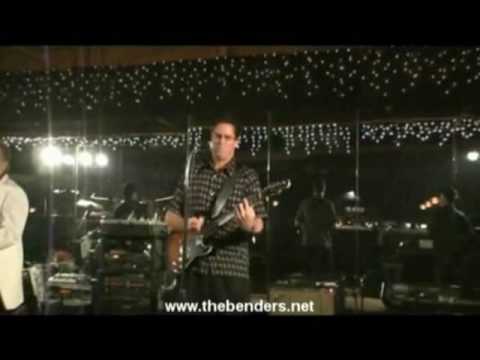 The Benders have been playing classic rock around Vancouver for years. Contact us to get your event on to the dance floor.

Our Mission:
We really don’t have a mission. We are after all, musicians. A mission would imply ambition, and we all know where that would lead; recording contracts, groupies, parties etc. Nope, we prefer to keep it simple. We’ll come to the gig, rock your world,(artistically) and then leave.

The Guys in the Band:
The Benders have a combined musical experience of over 200 years. When out of rehab, and sober, the band struggles to deliver a delicate balance of Rhythm and Blues and Rock & Roll. They have kept audiences awake and in shock from every continent and have won raving reviews from local press on many occasions.

The Benders are:
Steve Boultbee – Drums:
Formerly of Alcoholics Unanimous and The Barry White Boys. Steve has a unique style that has caused his band mates to consider getting a drum machine but he has a good heart and can lift heavy stuff.

Matt Henderson – Guitar/Vocals:
Matt is the only deaf member of the band and has just come off touring with Biff Hitler and the Violent Mood Swings and has worked in the studio with Beast Penis and Captain Crunch & the Cereal Killers. Matt likes to pretend to use several effects pedals; fact is, none of them have batteries in them.

Ron McArthur – Guitar/Vocals:
Big Mac, Mac or Macktastic are some of the names Ron has used in the past as a male dancer. He has played guitar for the London Philharmonic and really likes the C chord. Before The Benders Ronny played with Betty is not a Vitamin, and Damn you Peter Pan.

Steve Watkins – Keyboards/Vocals
Lanny lives in a home and has not practiced since 1983; he claims the uncertainty makes him sharper. Touring Jamaica with The Dukes of Hazardous Materials and recently helping out on the latest release from Dicky Retardo has kept him busy. Watch for his new solo project (Four Nurses of the Apocalypse) due out later this year.

Mike Black – Percussion/Vocals:
Mike is new to clothing as he was raised as a Mandingo warrior. Sometimes when the spirit moves him he goes back to the ways of the Serengeti. If this happens during the performance please stand back. Mike comes to us from Goldfish Do not Bounce and a short stint as the lead accordionist in Inflatable Grandpa.

Dave Draper – Bass:
Dr. Dra has returned to the band after being kicked out for not succumbing to peer pressure. After drinking the kool-aid he is back pounding the funk wrench. Dave has worked with Meaty Pants, Psychic Buddhist Gorilla, and Those Darn Accordions and turned down Was I Naked? to rejoin the Benders.